Swoosie Kurtz is an actress that portrayed Joyce Flynn on Mike and Molly.

She was nominated for a 1975 Joseph Jefferson Award 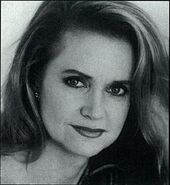 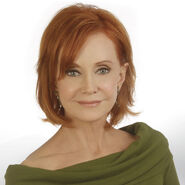 Add a photo to this gallery
for Best Actress in a Principal Role for her performance in "The Philanthropist", at the Goodman Theatre in Chicago, Illinois.

Nominated for the 2007 Tony Award (New York City) for Actress in a Drama for "Heartbreak House".

Retrieved from "https://mikeandmolly.fandom.com/wiki/Swoosie_Kurtz?oldid=4153"
Community content is available under CC-BY-SA unless otherwise noted.